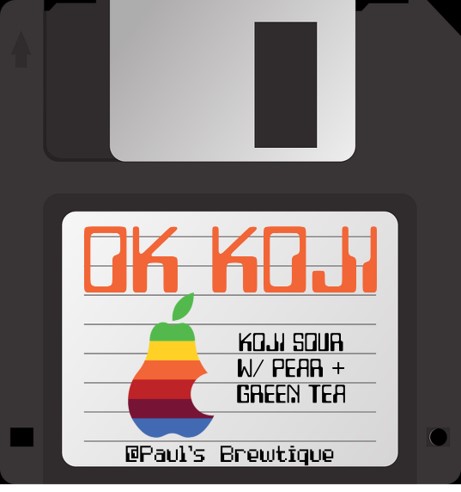 What is koji? Koji is a mold used in Japan to make delicious things like soy sauce, miso, and sake. Aspergillus oyzae is the species traditionally used for these delights. Brewers have begun using a similar species Aspergillus luchuensis to sour beer, because it converts starches into citric and lactic acid, thereby drastically reducing the time needed to make a typical kettle sour beer.


This beer was made in two separate batches. Steamed rice was inoculated with koji spores (see below), incubated for 72 hours, and monitored regularly through day and night to avoid the fungus killing itself by metabolic overheating (i thought this was supposed to be a time saver lol). 25% of the "grain bill" was kojified rice. Is this mostly an extract beer? Yes, it is. Bacteria were added only to the second batch (just the good kinds hehe) to increase sourness. Green tea and fresh pears were added after primary fermentation. Finally, the two batches were blended to ensure overall homogeneity in flavors, tartness, sweetness, abv, etc. I hope you like the taste! 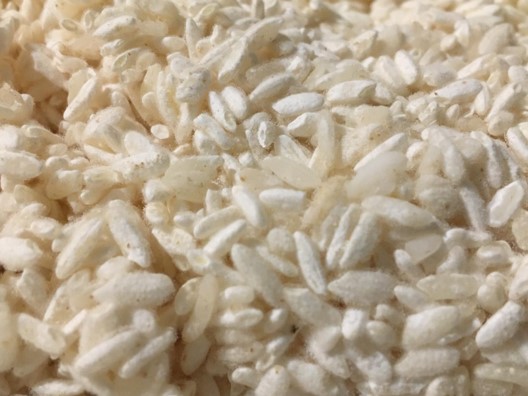 Find this beer on Untappd